My 12:30 PM pickup, from Wild Hostel, took me to the Cascada tour company office, a few blocks away.

In the office there was a family of 5 and a couple in their 20's.

We were walked over to a restaurant next door, and were provided with a nice lunch; including soup, shepard pie and local wines.

There, the tour guide, Emilio, introduced himself and the rest of the guests.

I was expecting 12 of us in all and asked where the others were, and heard it was just us. I was a bit dissapointed, because at the time of booking, I was told only one spot out of 12 was available (more on this later).

Then, talking to the 20 something couple, it turned out they were doing a different tour than the rest of us. So maybe there were only 6 of us on the tour?!

After lunch, a small van took us on a 2 hour drive to Torres Del Paine National Park and our desination of EcoCamp.

Along the way, it was mostly flat lands and we could see some wildlife out the window.

We also stopped briefly at a lookout, where it was very windy, which you can see on some of my pics below.

When we arrived at the park, we had to stop, and the tour guides took our passports to check us in.

I found out later, that only a limited number of people are allowed in the park at a time. My reservation with Cascada guaranteed my entry.

The way to EcoCamp wasn't much further, and we arrived at the top of a hill, to a series of domed structures.

We were instructed to set our belongings in the main receptionist dome and to meet in the commons dome for our orientation, which was in another couple of hours.

EcoCamp is split up into various domes. The domes followed a similar construction to how the natives of the area constructed their domes, centuries before settlers arrived.

The domes were specialized as follows:

Each dome was a short walk away, some a few feet's distance.

While waiting for orientation, I attended a free yoga class, a short walk from the receptionist, along a wooden walkway. I had to wait for a current session to finish before entering. About 25 guests showed up, including the family of 5, that were going to be on my treking group. I thoroughly enjoyed the class.

So after thinking it was just me and the family of 5 on the trek, it turned out I misunderstood Emilio (or he misunderstood my question) and the other 6 guests showed up. Plus we met our second guide.

Over the next few days, I also found out that I was the last person to sign up and all of them had reserved about 2 to 6 months before. I think being a single traveller and only one spot left, there weren't many other single travellers to fill in the last spot.

Overall, the orientation went well. We were given details of the trip and what time to wake up. We also all introduced ourselves and were allowed to ask questions. And we met the second guide, Yvonne.

The family of 5 were from Connecticut, there was a couple from New Jersey, and a family of 4 from Australia.

While waiting for dinner, I mingled with the couple I met in Puerto Natales. And then played a game of Hearts with the Connecticut family, which they had to teach me.

Dinner was fancier than I expected. It was a 3 course meal, and we had 3 options to choose from, including meat or vegetarian, and unlimited wine. Plus access to the full liquor bar.

After dinner we were taken to our sleeping arrangments.

The NJ couple and Connecticut family reserved Refugios, which were a couple of steps from the commons dome.

Me and the Australian family were camping out, which was a 15 minutes shuttle ride away (kind of an inconvenience, but part the adventure...I guess).

Emilio took us to our tents, which were already setup. I was alone in mine, and the Australians had 2 in each tent.

Emilio gave all of us 2 dry sacks. One green, the other yellow. One was for the first 4 days of treking, which the porters were going to carry.

The second was going to meet us 4 days later, and was supposedly arriving by boat!

The campsite was filled with other campers. It had ok showers and bathrooms, an outdoor sink and shelter area. The EcoDome version was definetly much fancier.

Inside my tent, I spent a couple of hours deciding what clothes/supplies to put in each dry sac, and what I would need the first few versus last few days.

I set my alarm for 5 AM, for a 5:30 AM pickup from the shuttle. I think I got to bed after midnight.

During the night, it was super windy and rainy!! I wasn't too surprised, as the trip was advertised as having extreme climate changes.

Regardless, I kept waking up and having nightmares, that someone was trying to break into my tent and I was being attacked....or that the tent was blowing away...Wizard of Oz style!!! I probably woke up screaming a couple times, which the Australians heard and told me the next day, which I was a bit embarrased by....lol.

I do have to give credit to whoever setup my tent and tied it down. If I did it, it would surely have blown away

Eventually I did get to sleep. 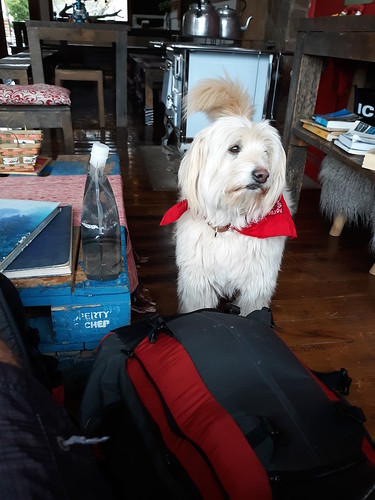 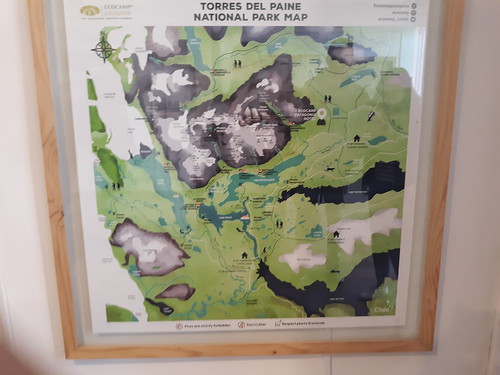 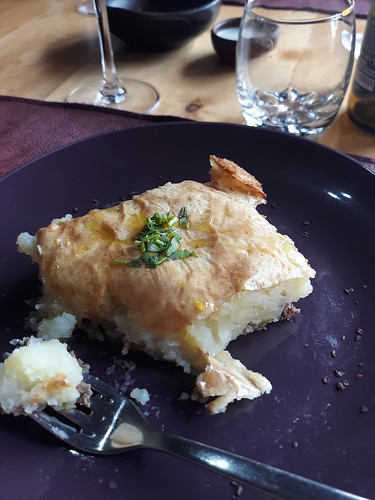 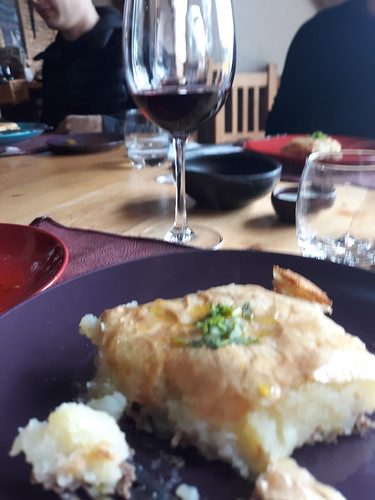 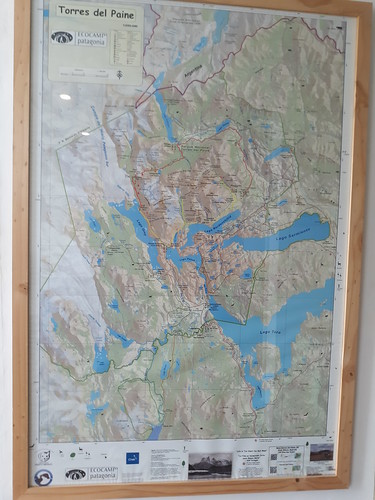 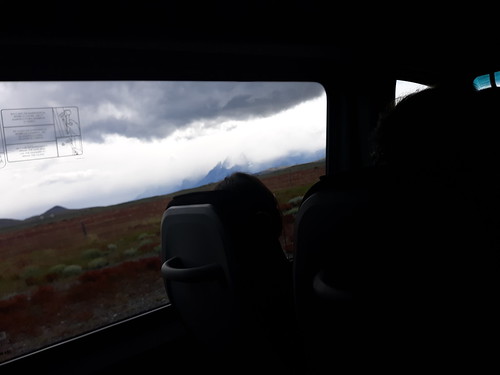 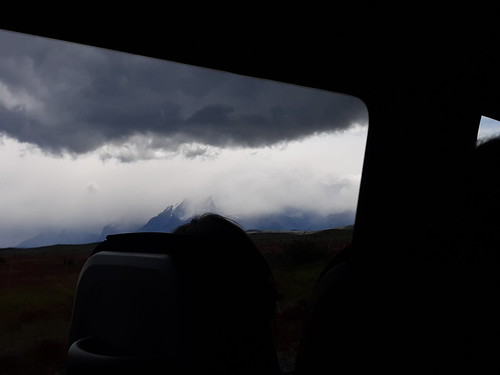 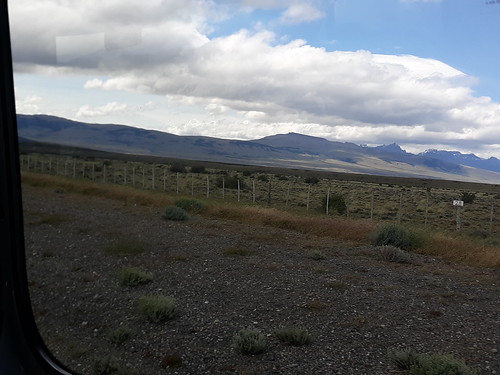 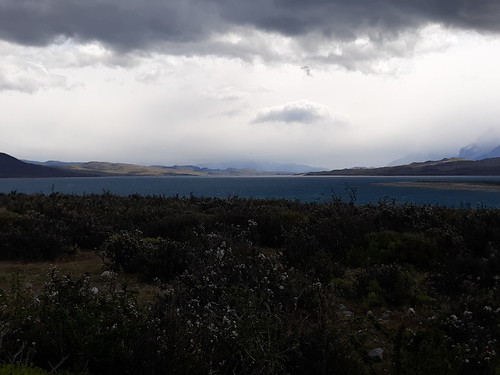 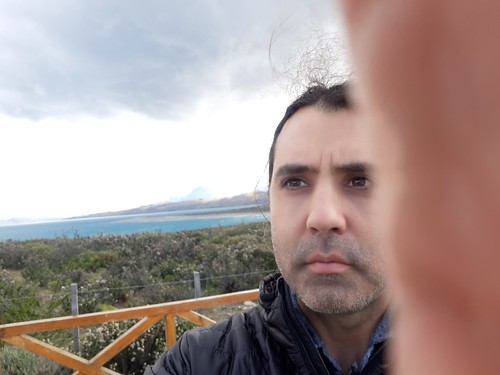 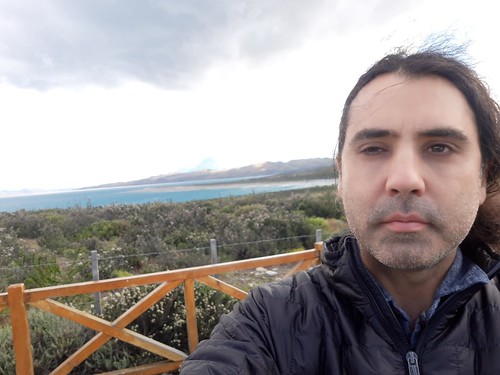 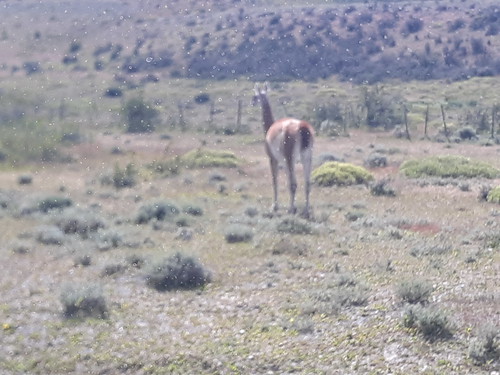 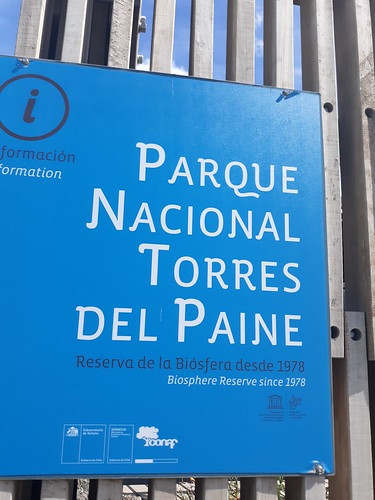 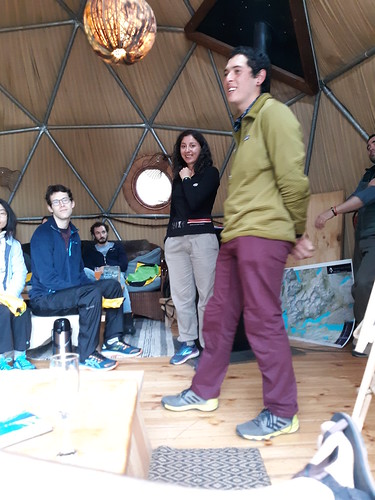 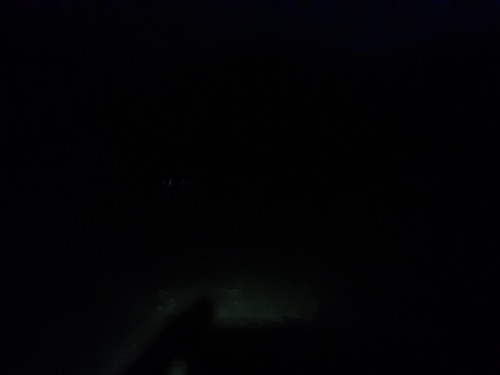 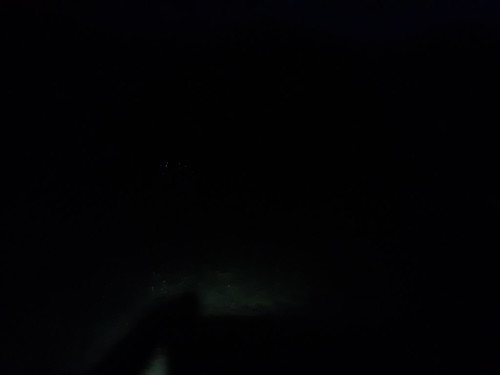 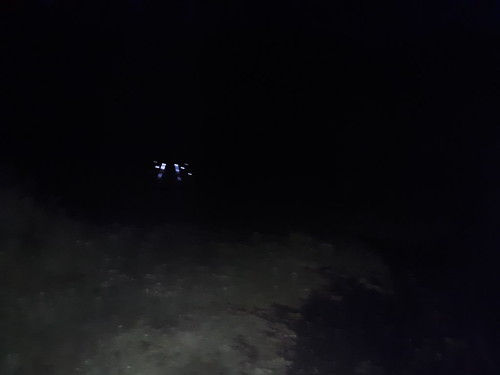 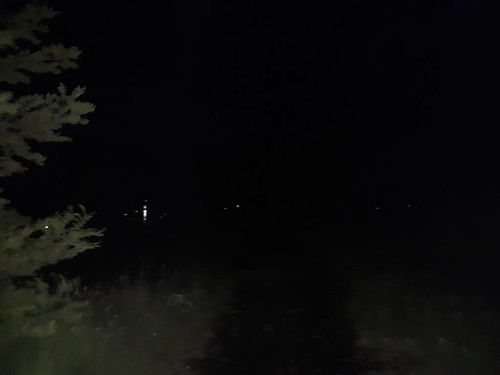 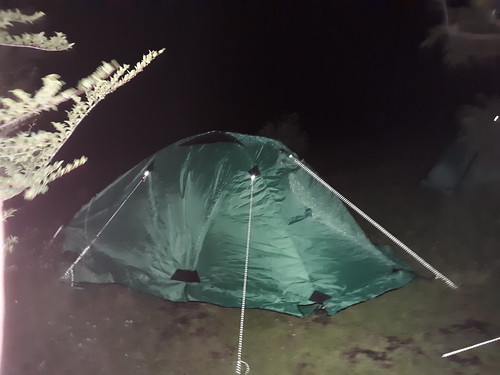 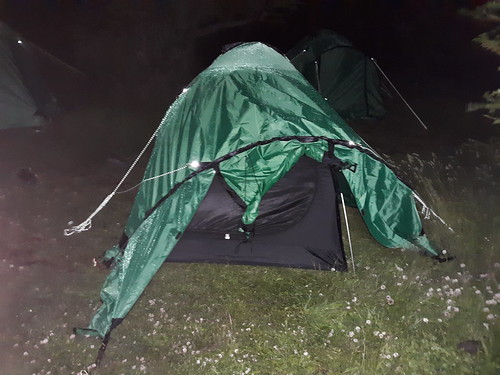 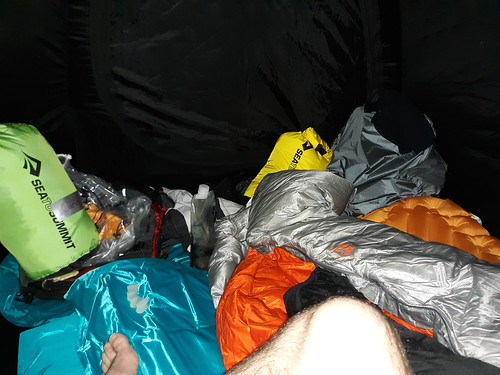 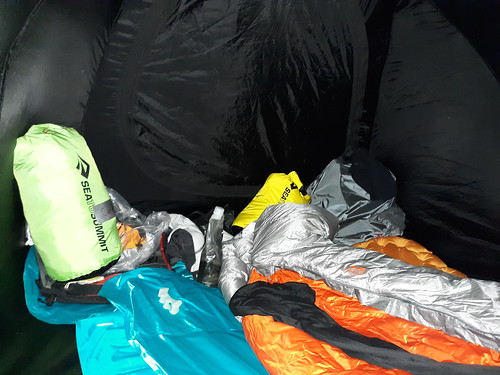